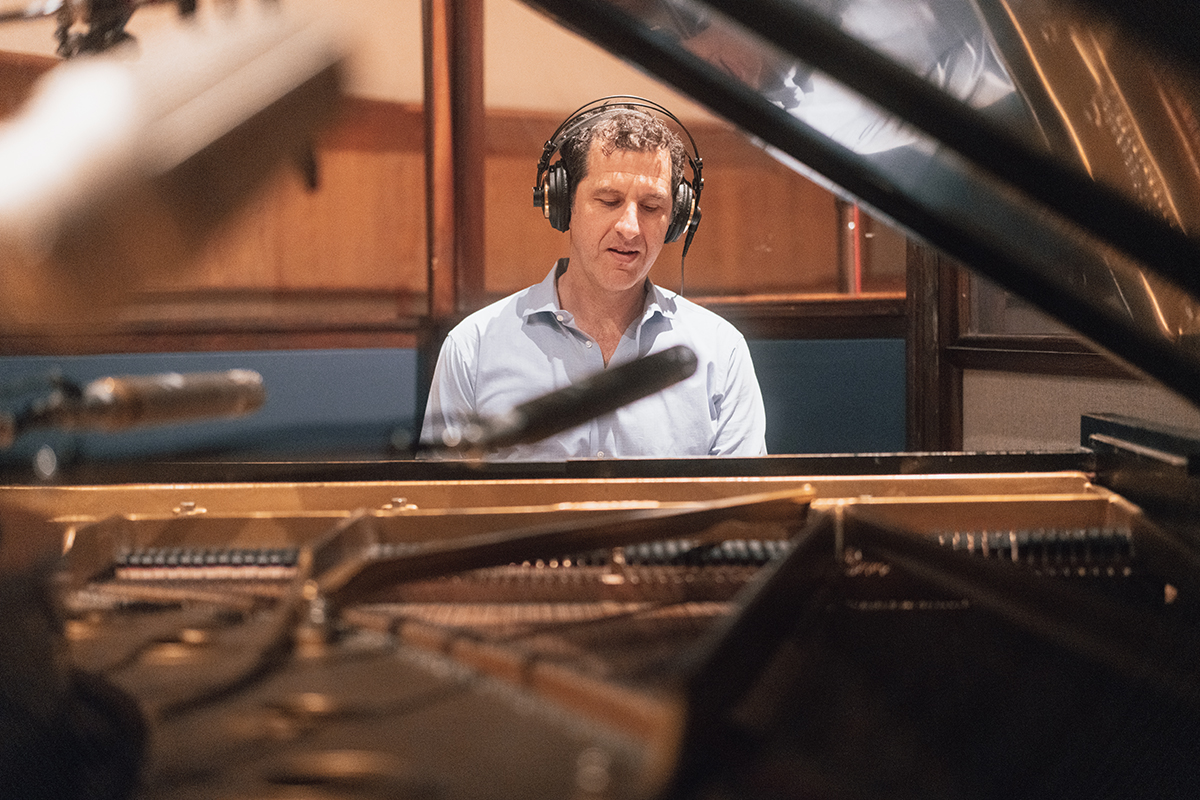 Peter is an accomplished pianist, composer, arranger, songwriter, and music director, and his career has flourished on both coasts. Originally a New Yorker, Peter has lived in Los Angeles since 2005.

Upcoming projects include the release of his latest jazz trio recording, “Dollar Dreams,” as well as a series of video releases from the “Highland Park House Band.”

Peter was an associate Music Director for both seasons of The Four on Fox, working directly with contestants and in conjunction with Music Directors Rickey Minor and Adam Blackstone. He was also the associate Music Director on Duets (John Beasley was MD), the hit singing competition show on ABC. Peter worked directly with Kelly Clarkson, Jennifer Nettles, Robin Thicke and John Legend, not only accompanying them and their contestants in rehearsal, but collaborating with them on the musical arrangements for the show.

He is especially in demand as an arranger and musical director for singers, in various musical genres. Peter is music director for Ty Taylor’s project: The Nouveau Mid Century Romance Songbook,”which debuted at the Wallis in LA. Peter is co-producer /collaborator (with Rob Perkins and Ty Taylor) as well as pianist and arranger for the album of the same title, which will be released by Universal Music Group. He is also co-creator of “Too marvelous for words: a celebration of Nat “King” Cole.” Peter performs in the show alongside Keith David. Rickey Minor hires Peter consistently for various projects, including David Geffen’s recent 75th birthday concert, where Peter played in Rickey’s band accompanying various Broadway singers, including Sasha Baron Cohen and Rory O’Malley.

Peter began working with Natalie Cole as her primary accompanist just prior to her passing, and he has been traveling the world as Molly Ringwald’s pianist/MD, serving as co-producer and arranger on her Concord Records release: Except Sometimes. He has played on major stages large and small: Iridium, Birdland (NYC), Jazz Alley (Seattle), Yoshi’s (SF), Blues Alley (DC), Montreal Jazz festival, Vector Arena (NZ), Melbourne Recital Centre (AUS), and many, many more.

Peter’s composing career has merged with the Industry in Los Angeles, and his compositions can be heard on numerous TV shows (Mindy Project, CSI, Bones, Arrow, Bojack-Horseman, Young Sheldon, Benched, Supergirl, Growing Up Fisher, Black Lightning, Pitch, Charmed, How to Live With Your Parents) as well as in the films Hotel Noir, Myth of Fingerprints, and Bleached.

He has also created custom music for commercials, animated logos, and explainer videos. A short reel of that work is here.

In 2009, Peter released his debut jazz album: Here It Comes, which featured a mix of original material and standard repertoire. The musicians on the album are Allen Mezquida, Charles Owens, Trevor Ware, Clayton Cameron, and both Patrice Quinn and Molly Ringwald are featured vocalists. This album was well received, and he followed it up the following year with an ambitious live project: Blues At Alvas.  This recording branched out into some different repertoire (Otis Redding, Van Morrison, Leonard Cohen) as well as familiar standard material and Jazz originals.  This album features most of the same musicians (Allen, Trevor, Clayton, Patrice) and adds Kamasi Washington, Nick Mancini, and Jacques Lesure.  Peter has also appeared as a sideman on many prominent releases.

Peter attended Columbia University, majoring in literature but studying classical piano with Michael Skelly and entering an extended mentorship with Jazz great, pianist Mike LeDonne.  Peter also was a DJ at the acclaimed radio station at Columbia, WKCR, where he interviewed many of the great pianists in New York and attended the “Jazz University” of historian Phil Schaap.

An accomplished actor as well, Peter’s career has brought him many roles on the small screen in shows like Law and Order, 24, Scandal, Weeds, CSI, and many more. Peter has also performed on Broadway, Off-Broadway and Regional stages. Combining his experiences in acting and music, Peter has written a screenplay about jazz pianist Bill Evans during his time with Miles Davis. The script, Blue in Green, has received much acclaim in the industry and is inching its way towards production.

Jazz dates and other musical news from Peter Smith, exclusively on this list

Hey thanks! See you in and around the L.A. jazz scene! – Peter Smith